In order to explore the history of Scotland's industrial heartlands, and see parts of the country I have too often driven past I decided to set myself a challenge. As the year 2020 has been declared the "Year of Coasts and Water" by the Scottish tourist board I have taken it upon myself to run from the west coast at Largs in Ayrshie, to St Andrews in Fife.

Along the way I will be finding out about the local history as I go, from Viking battles in Largs, and the industrial revolution around Paisley. The Antonine Wall built across Scotland by the Romans, and the canal built along the same route 1700 years later. The coal mining of Fife, and the often overlooked witch trials that happened here. Finishing with the shock-waves of the Reformation in St Andrews that thrust John Knox into the spotlight.

I ran it in sections of between 8 and 18 miles, and will describe each stage in detail, including any sites of interest I came across along the way. All these sites could easily be walked, run or cycled, and on the whole the start and end points of each stage were reached by me on public transport from Glasgow, where I live. I have tried where possible to stay off roads, and used cycle paths and walking routes whenever possible. 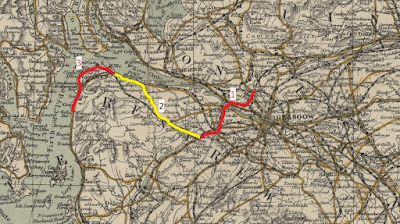 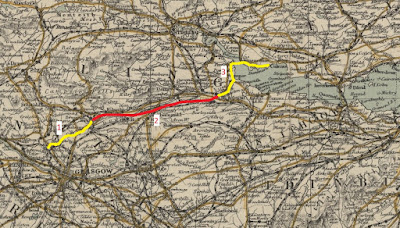 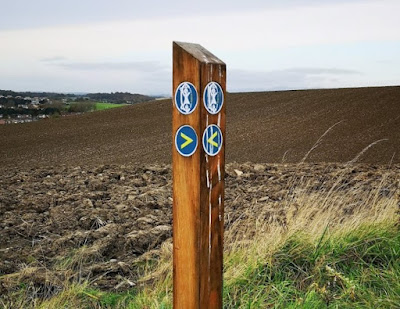