With the 2018 World Cup final happening later today in Moscow, without Scotland, here is a look back to happier footballing times for our small country - 1967.

In April 1967 Scotland declared themselves the unofficial best team in world football by being the first to beat reigning world champions England since their victory in 1966. Although the score was only 3-2 to Scotland in that game at Wembley, the match itself was far more one-sided, with Jim Baxter famously playing keepie-uppie down the wing.


Four weeks later, in a friendly at Hampden Park in Glasgow, Scotland played their first ever football match against the USSR. The Soviet Union had just achieved their best ever World Cup result, ending up as semi-finalists in England in 1966. They lost against the eventual runners-up, West Germany, before losing the 3rd/4th place play-off match against Portugal. their star players, such as goalkeeper Lev Yashin were one of the draws that brought over 50,000 spectators to Hampden for a friendly in May 1967. Many more were there out of curiosity, and respect for Soviet Union, and for what it stood for, such as my great-uncle Andy, a shipyard worker in Clydebank and trade unionist, who took my (then 14 year old) mum along to the match with him.

Here's a quick look through the programme from the game, click on any of the images to expand. 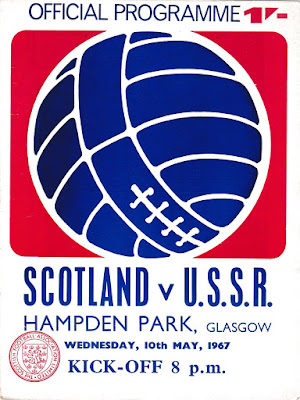 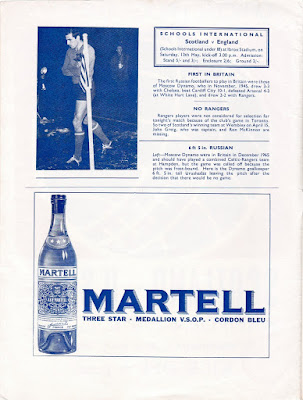 Page 2 above explains that there are no Rangers players in the Scotland squad as they had a club match in Toronto. Two Rangers players, John Greig and Ron McKinnon had played in the victory over England four weeks earlier. 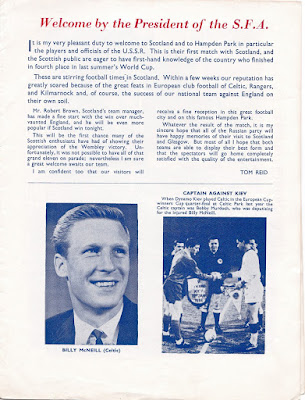 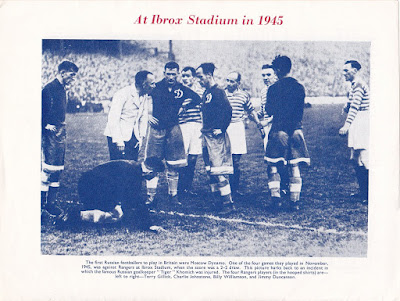 Above "the first Russian footballers to play in Britain", Moscow Dynamo, the picture shows them against Rangers at Ibrox, which ended 2-3. 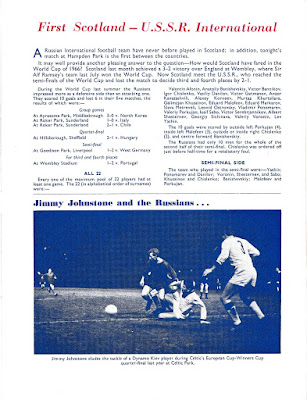 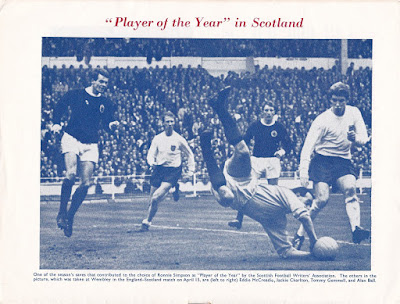 Ronnie Simpson above, from the England v Scotland match at Wembley in April 1967 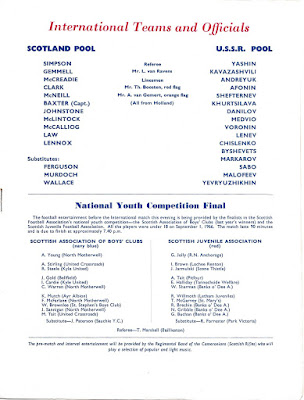 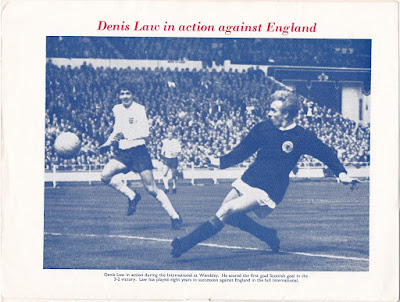 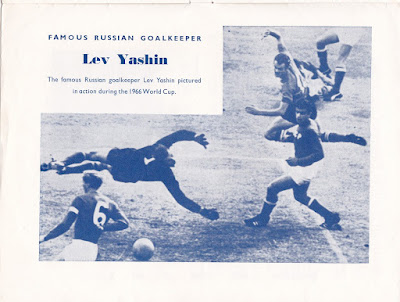 Above, the mighty Lev Yashin, dressed all in black he became known as the "black spider" or "black panther". His goalkeeping as much as anything else led to the USSR team's success. 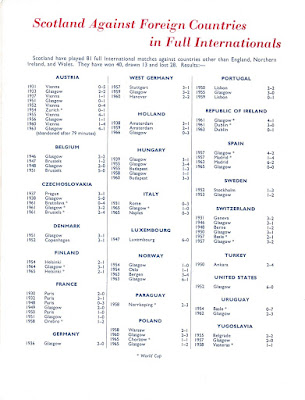 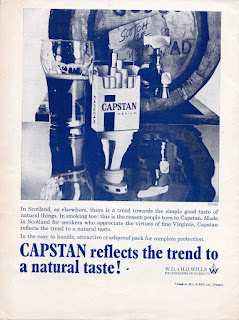 And finally a cigarette advert, for Capstan, made at the Wills tobacco factory in the east-end of Glasgow.
Posted by Glasgow Punter at 13:07 No comments: