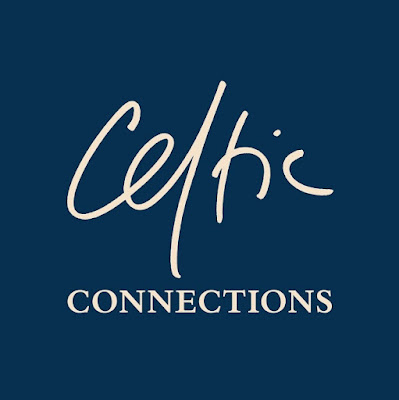 Helen Marnie, once of Ladytron, has been performing solo for a couple of years now as Marnie, and played a hometown gig in Glasgow tonight under the Celtic Connections umbrella. Despite The Guardian guide describing her as folk-pop, this is a decidedly synth-pop affair.

Support act Kelora gave us a surprisingly original warm-up, the best medieval futurist, nu-celtic folk band I have ever listened to. Marnie came on to a sold out crowd dressed like a Gothic Victorian doll, all staring eyes and attitude. The music however is breezy, with catchy pop riffs throughout, with G.I.R.L.S. a stand out track. Basically just F.U.N.

Looking like the love child of Nick Cave and Mackenzie Crook, Peter Broderick is an American musician and multi-instrumentalist from Oregon. Whether it is the fact the gig is advertised through Celtic Connections or not, he was happy to see a full house tonight in The Hug and Pint after telling us the same venue made a loss on his gig in the same venue a few months ago.

Playing keyboards, violin and guitar, with and without loop pedals he mixed up some of his own tunes, with covers of several artists, including a few songs by Arthur Russell. This has come about through a project he is involved in with Russell's former partner, to re-master and release some unreleased music by the musician, clearly a project he is relishing. Some of the most moving music of the night however were the instrumental pieces he played, either at keyboard or violin, and it would be nice to have heard more of this stuff tonight.

Good company throughout he was a cheery and energetic performer. Don't be put off by the austere pictures on his posters.