Wagner, Thorn and Morton Rolls Over?

...and a wee bit of Partick Thistle


I checked a dictionary definition for the word Wagnerian just there and it said "massive scale, drama and emotional intensity." I had expected to get that on Thursday night from the BBC Scottish Symphony Orchestra performing the third act of Wagner's Tristan and Isolde. However the description can be applied equally well to the football performances of Partick Thistle this week.

I turned up at the "Braidwood Motor Company Stadium" (recent winner in the world's worst stadium name tournament) in Livingston on Sunday for the Challenge Cup final against Queen of the South hoping to see Partick Thistle pick up their first cup trophy since 1971. The first 120 minutes were more tense than entertaining, with Thistle not managing to show what they can do. Then came the twist at the end which would be unrealistic melodrama in an opera. When Thistle won a dodgy penalty in the final minute of extra time we were confident that Aaron Muirhead would put it away to equalise and take it to penalties. However when it was saved, Muirhead was then red carded for sticking the head on Queens' player Higgins (who was basically asking for it). Then in injury time Kris Doolan's goal DID take it to penalties....where we finally did lose it. As a naturally "glass half empty" supporter I was then anxious about the virtual league decider three days later against Morton. I needn't have worried. An amazing crowd of almost 9000 people turned up at Firhill to watch a nervy but solid 1-0 win nudge Thistle nearer to the title and promotion. 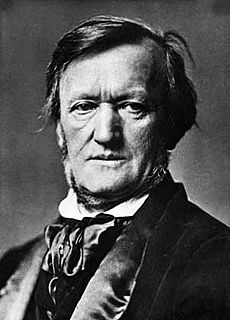 After that it was maybe not surprising that I found Wagner's operatic finale a bit of an anti-climax. The BBC SSO conducted by Donald Runnicles have been performing the opera's three acts live to a Radio Three audience from Glasgow's City Halls over the past few months. I've enjoyed the first two acts and written about them here before (Act I, Act II). Wagner's operas are famously bombastic and famously long. However this rendition has now been running almost 7 months, which even for Wagner is far too long a period of time. As well as meaning that I've had to get a story refresher each time we arrive back at the halls, it has also meant that the singers have changed on several occasions, losing all sense of unity in the story telling and leading to quite marked variation in tone and atmosphere between acts. Some singers (such as Marcus Eiche's Kurvenal tonight) act the part, whilst others (particularly Robert Dean Smith's flaccid Tristan) meander through. In fact I wasn't even sure that he'd died as he skulked over to the side of the stage. There was no drama in the performance of this final act tonight, even Isolde's final aria before she dies felt perfunctory. The earlier piece of the night, Richard Strauss's Metamorphosen held my attention more, his mournful piece written in 1944 showing where modern classical music was headed with his marked counterpoint that the likes of Steve Reich would pick up and run with.  Maybe I had just been spoilt for melodrama by the football I'd witnessed this week. 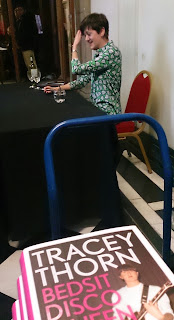 More engaging and enlightening was my evening at the Aye Write Festival to see Tracey Thorn do a reading from her excellent memoir "Bedsit Disco Queen" and Q&A. I've always liked the music of the singer /songwriter from Everything But The Girl. Her recent solo albums, even her Christmas one from this year are well worth exploring too. I was at school when EBTG first found fame and I followed them more attentively after sharing a hotel with them at the 1985 World Festival of Youth and Students in Moscow. They were there to perform as part of Britain's cultural delegation, I was there as a kilt-wearing 14 year old delegate from the Glasgow West branch of Youth CND having a good time. Her reflections on this trip in the book were fascinating as she saw events from a different perspective from my recollections. She recalls the "clearly censored and nearly-mute translator-guides". I remember the translators spending their evenings drinking with the Scottish delegates, who kept slightly apart from the English group and my diary describes an 11-aside football match I took part in where Scotland played the Russian interpreters and "one Englishman who made up their numbers, and had to go to hospital with a broken leg". I hadn't dug out all my old photos, memorabilia and diary from that trip until I read Tracey's book mentioning it. I remember them performing in Moscow, along with reggae band "Misty In Roots" and Scottish folk singer Dick Gaughan, who kind of took me under his wing there. I remember Ben and Tracey running along the Hotel Cosmos corridor to their room a few doors down from me and the mileage I got from telling the cool girls at school that I'd seen them. Anyway, Tracey was kind enough to give a few minutes of her time to my reminiscences of that bizarre week tonight as I stood in line to get my book signed. It is a well written, intelligent book and well worth a read if you haven't come across it yet.
Posted by Glasgow Punter at 22:51