Ugly Duckling at The Arches, Glasgow

Sleeping Beauty at The Citizens, Glasgow


At this time of year the theatres all try to draw in the family audiences. In Glasgow that is dominated by the big pantos at The Kings, The Pavilion and nowadays The Clyde Auditorium, The Tron, Cottiers and Oran Mor. Not to mention The Singing Kettle at Braehead Arena or The Nutcracker from Scottish Ballet at The Theatre Royal. As we had done panto the past couple of years and already taken the children to The Nutcracker before, we went to none of the above and STILL found plenty of Christmas family shows on the go.

Here are three reviews by my three children of what they went to see this year. 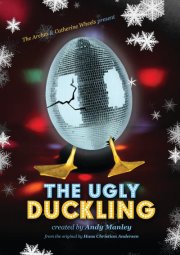 The Ugly Duckling by The Arches and Catherine Wheels ****

I went to see this with my mummy. I liked the way that they changed the stage around, a big house might become a mole's hole just using some buckets. That was my favourite bit. I liked the people who were dressed up. The man who was the ugly duckling was wearing grey stuff and he took it off and had a big towel underneath and it made him look like he had turned into a swan. None of the other ducks were nice to him, the wee yellow plastic ducks. I think people like me, 4, 5 and 6 year olds would like it. My mummy liked it too.  (Fiona, aged 5) 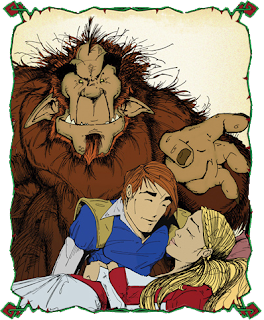 This was not so much a panto as a play, an excellent play. The stage set and costumes were magnificent, dark and quite gothic. They made imaginative use of all the other actors on stage. It kept to the Sleeping Beauty story but with some changes which added to it. It was funny at times, serious at times and very well done. I would recommend it for slightly older children, It's not scary but has less interaction than you get at a panto so it might not suit very young children. (James, aged 13) 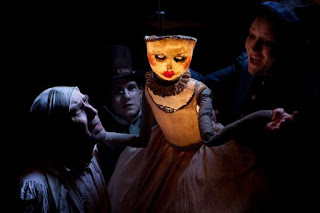 A Christmas Carol by National Theatre of Scotland at The Old Kirk, Kirkcaldy *****

Everybody knows the story of A Christmas Carol, probably Charles Dickens's most famous story. This show was told by a mixture of actors and puppets, some of which were quite scary, particularly the ghost of Christmas Past. Scrooge was mean, grey, wooden and just right. They have obviously put a lot of effort into the stage set, where the ghostly goings on were made spookily realistic. I would recommend it for older children as some bits are quite frightening, although my 5 year old sister was fine with it and enjoyed all the action. (Scott, aged 10)